Since 2016, the Associazione Borghi di Laureana Cilento (of which the Hotel Sgroi is a member) has promoted a review of classical music entitled ART & MUSIC IN LAUREANA CILENTO, set in early September in the historic places of Laureana Cilento. Its artistic director Francesco Cera, is an internationally renowned harpsichordist and conductor, who has been living in Laureana Cilento for several years now.

Performing on Renaissance and Baroque instruments, in a repertoire that ranged from Monteverdi to Haendel, traditional Cilento songs to Neapolitan nineteenth-century songs, and Tasso to Coleridge’s poems, have been singers and instrumentalists of the Ensemble Arte Musica; the singers Letizia Calandra and Riccardo Pisani; the guitarist Antonio Grande; the actor Vincenzo Failla; and the Kiepò group.

On the concert occasions, two CDs published by the Dutch label Brilliant Classics were produced: Music for one and two voices by Sigismondo D’India and the anthology of Renaissance villanelles entitled Erotica Antiqua-Neapolitan Villanellas. 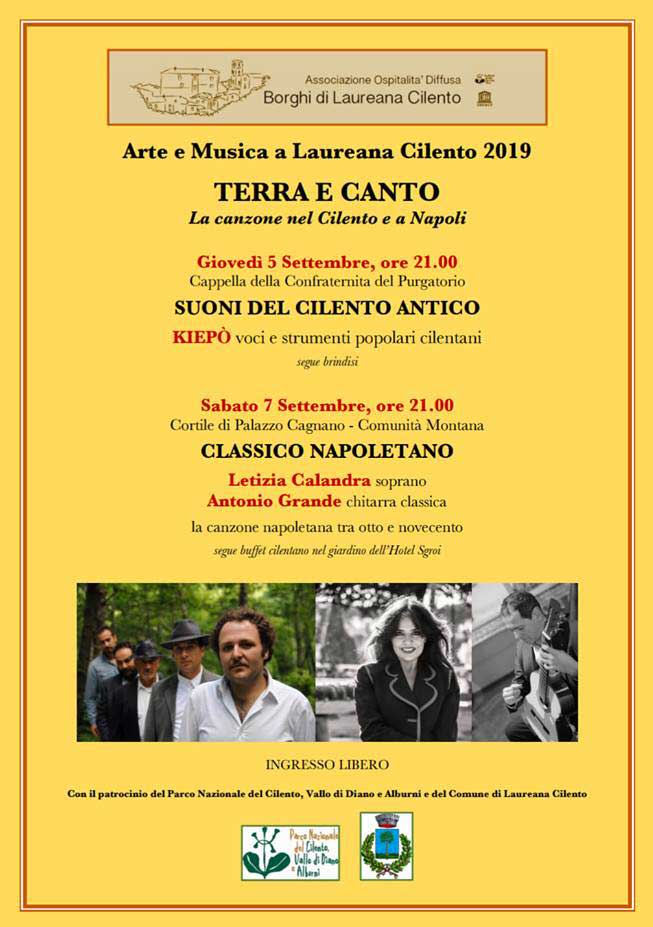